Sure, 5G networks are in their early stages and we’re only starting to get better streaming video, lag-free gaming and wireless-based home internet. But that’s just a taste of what’s possible. The life-altering uses for 5G promise things like connected cars that warn each another in milliseconds so as to avoid crashes, or chic augmented reality glasses that guide you through a smart city filled with sensors and connections.

Unfortunately, most of those so-called killer apps are still in the works. Those advances will only be possible when 5G networks are built out enough to deliver reliable and speedy connections that cover more people in cities, suburbs and rural areas. We aren’t there quite yet. 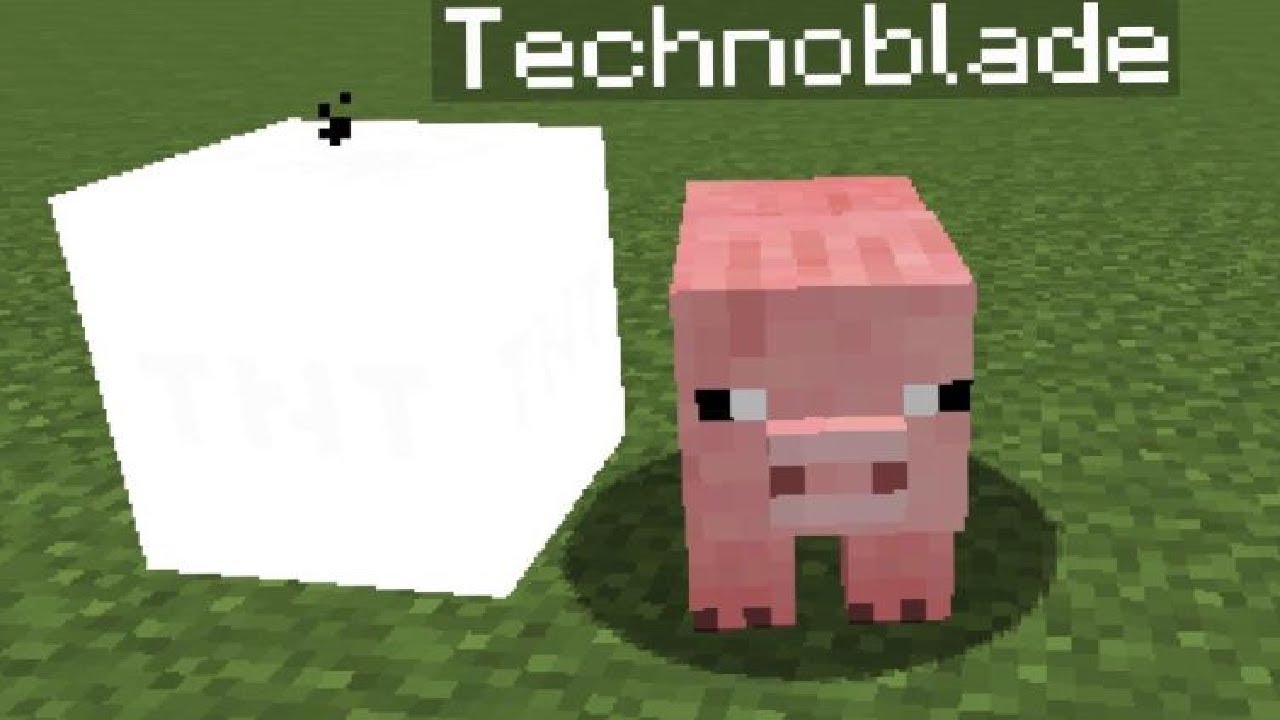 Therein lies the dilemma with 5G and what we’ll ultimately be able to do with these high-powered networks: Companies can continue to promise revolutionary leaps in different facets of technology, using better wireless networks as the underlying foundation. But until these networks actually improve in a big way, much of it will remain just talk or limited-scale experiments.

The good news is that the carriers are putting in the work. Though millimeter-wave, or mmWave, delivers the absolute highest 5G speeds, it covers less area than other types of 5G, so it’s used only in parts of some cities and event spaces. Low-band 5G is scarcely faster than the current 4G LTE networks in the US, though its farther range can reach suburban and rural users. Midband 5G is the sweet spot, not just delivering higher speeds, but also letting a lot more people access the network at the same time across large distances.

Most global networks are built largely on midband 5G, but US carriers have a mix of all three. Midband 5G makes up most of T-Mobile’s 5G network, which operates on 2.5GHz frequencies, while Verizon and AT&T are activating their C-band and other midband frequency 5G service throughout this year.

With those network advancements, coupled with additional enhancements from internet providers and cloud computing companies to bring servers closer to people, 5G can change how we entertain ourselves, connect with others and move around our world — at least as far as we can imagine. We probably won’t discover the best uses for 5G until the high-speed networks deliver speedy, reliable service across cities, suburbs and rural areas.

5G at home and on wheels

Smartphones have been connected to 5G since 2019, and as networks improve, video streaming and gaming have gotten better with higher-speed connections. Beyond devices, 5G will expand connectivity in the home and on roads.

Home internet over 5G reaches speeds that can be comparable to wired broadband internet, and once 5G networks are built out — again, carriers are waiting for midband 5G to expand coverage to more areas — it could be used in buildings that don’t have fast wired internet and rural areas that are still dealing with dial-up or DSL.

Each US carrier has its own 5G home internet service, though AT&T offers it only in a few select areas. Verizon and T-Mobile have been expanding to offer their respective services, but they still don’t offer them everywhere their faster 5G connections are available. Compared with their mobile subscriber base, neither has a lot of customers signed up for wireless internet — Verizon reportedly had about in March and hopes to by 2025, while T-Mobile announced it had in April and seeks to by 2025.

Carriers still face an uphill battle in making customers aware that home 5G internet exists at all, so they’ve been offering service at discounted rates. For instance, T-Mobile charges $50 a month for home 5G internet, which is discounted to $30 for eligible customers already signed up for Magenta Max mobile plans. Verizon’s offering starts at $50 a month, though customers with qualifying Verizon unlimited mobile plans can potentially save 50% on their monthly internet bills.

5G is coming to the roads, too. Automotive 5G allows your car to connect to nearby 5G networks, essentially upgrading the 4G LTE car-to-network capabilities that have enabled things like automatic crash detection and cloud services like maps, route guidance and traffic info.

5G networks could form the backbone of driverless travel. In Las Vegas during , the startup Halo launched its car service, which picks up passengers in electric vehicles that are using T-Mobile’s 5G network.

But it also means regular cars will use 5G spectrum to talk to each other from hundreds of feet away with a technology called Sidelink to warn other cars about vehicles and pedestrians ahead.

« Maybe I’m slamming on the brakes and other cars will be aware of that, and maybe they’ll react faster, » says IDC’s Solis. Sidelink is starting to be included in automotive chipsets, so he expects the technology will get closer to mainstream adoption in 2024 or 2025.

The dream is for cars to talk to the streets around them in the same way, perhaps to warn of traffic or emergency vehicles around the corner and recommend turning down the next street instead. It’s not hard to imagine the advantages of cars getting real-time updates on street and city conditions. But to do that, they need the neighborhoods and cities around them to be hooked up to 5G.

5G through your eyes

5G on the go will power something more exciting: augmented reality. To get info about whatever you’re looking at through your AR glasses, you’ll need the increased data speeds and reliable connections of 5G. With such a connection, you could get instant language translation of anything in your line of sight, as seen in the revealed at Google I/O 2022. Or AR elements could give you on your route to a destination. Google revealed this week that it’s .

The complexities of connecting personal devices like AR glasses to big networks have largely been solved, Qualcomm’s general manager of cellular modems and infrastructure, Durga Malladi, told CNET. The big roadblock is with battery life: Though phones pack sizable 4,000mAh and 5,000mAh capacity batteries in their large rectangular forms, there’s far less space on glasses frames for big battery packs, which could limit how long they can stay connected to 5G networks.

« It’s really more about being smart about the way you are connected, » Malladi said. « If all you’re interested in is maybe sending some brief notifications back and forth from your glasses, you don’t need gigabit speeds for that. »

We’ll almost certainly have that figured out before one of the tech world’s wilder predictions comes to pass — noted analyst Ming-Chi Kuo says Apple is working toward completely in a decade, according to a note seen by MacRumors.

Though 5G’s faster download speeds are important for customers, it’s the that’ll make cutting-edge applications possible. Some of these, like remote surgery, have grabbed headlines for years, but minimizing the delay between surgeon and patient will improve responsiveness and, ideally, outcomes. Add in AR/VR, and surgeons can feel closer to actually being in the room where the procedure is being done.

« That kind of application will only be possible because of this lower latency side of 5G, » said Parv Sharma, senior analyst of devices and ecosystems at Counterpoint Research.

Remote surgery is just one aspect of telehealth, which has gotten more popular during the COVID pandemic as medical professionals have found more ways to treat patients from afar. Devices like the Butterfly IQ ultrasound monitor sends data through smartphones over mobile networks to health care providers, and they’re so portable that one was recently .

5G can make things easier elsewhere in traditional health care, too. In March 2021, AT&T at the in Los Angeles to track patients and speed up secure data transfer for cancer research. UK carrier Virgin Media O2 just in Bethlem Royal Hospital in London, allowing staff to observe patients and update records more quickly and securely than over a Wi-Fi network, TechRadar reported. Internet of Things, or IoT, sensors and tech will monitor medicine temperatures, air quality and room occupancy.

But 5G has even more promise for where we live. Lining the streets with sensors will warn those 5G-connected cars about traffic, while also monitoring environmental conditions to alert civic workers about hazards.

These sensors will get cheaper with new . RedCap devices have intentionally reduced connectivity speeds to lower their power consumption, opening the door for longer-lasting sensors and wearables that act as nodes in a connected ecosystem.

« 5G is going to make a difference because it’s already being built at a frenetic pace and with the capabilities in the network to create a slice for those kinds of services, » said Peter Linder, Ericsson’s head of 5G marketing in North America.

The networks needed to support these citywide applications will come much later than midband 5G networks, IDC’s Solis said, especially after the spread of multi-access edge computing, which moves processing from distant server farms to physical sites on the edges of the network, which are nearer to populations and faster to access.

Getting 5G networks up is only part of what’s going to usher in a new era of connectivity. Without those speeds and reliability, technohunger we can’t yet imagine the best applications, because we’re still thinking in terms of how we use phones with 4G LTE. Back in that era, it took a while for developers to think through how to utilize the higher mobile bandwidth for wholly new applications.

Solis compares it to how, in the 3G days, our access to data on the go was so limited that we couldn’t even imagine something like ride-hailing apps, yet these days Uber and Lyft are essentially modern travel infrastructure.

« Nobody said, ‘Oh, we need a faster network so we can (support ride-hailing apps),' » said Solis. « The networks and the phones got faster, and then that came because it was there. It’s kind of like an ‘If you build it, they will come’ mentality. »